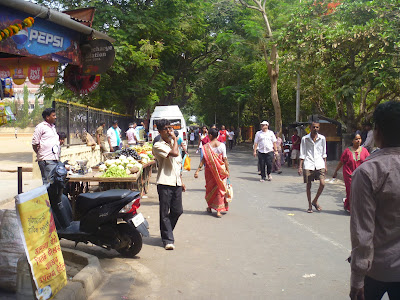 Every city has its various scents, when I think of Toronto streets I remember whiffs of the underground subway or of subway restaurants as I walk down the street. In Barcelona I get smells of the sea and bakeries. However the olfactory experiences of Mumbai are much more than an associated detail, they are so intense and varied that they have taken on a new role for me – as a way finding device.

Many of the streets in my neighborhood are strangely similar, or I haven’t yet understood their differences, and even using landmarks to orient myself doesn’t help since buildings regularly change in appearance (with spontaneous ads, temporary colourful sheets or infrequent use of flashing Christmas lights) depending on which festival is currently taking place. 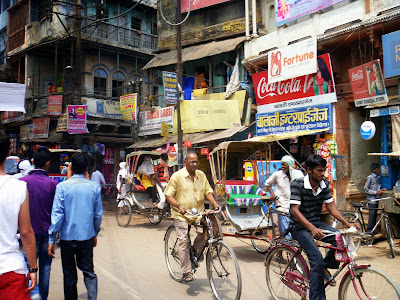 So considering the extremity of aromas among the streets here (good and bad), I am beginning to differentiate them and locate myself using a combination of sights and smells. By identifying specific smells (sometimes not by choice) with certain places, I can orient myself and recognize where I am much more easily! For instance as I walk home from the train station, I know which direction I should be heading but as soon as I smell dead fish (I am hoping that it is a hidden fish market) I know I am on the right track! It’s not like I am following my nose to lead me home but getting around in this city definitely needs more than just your visual senses.