So you might have noticed that I haven’t been blogging very much since moving back to Barcelona, and yeah its because I have been quite busy…. busy partying! Actually that isn’t the case but I have witnessed some pretty wild festivals. I already love this country and the city of Barcelona in particular for its unbeatable combination of beach, beauty and nightlife, but living here during the summer definitely steps up the crazy factor.

There is always a festival going on that involves something dangerous, drinking on the street, and doesn’t stop until the sun comes up which has only proven to me that the Spanish are entirely loco and know how to throw an incredible party! 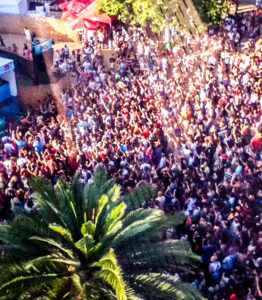 The first festival I attended this summer was the most intense. Upon arriving to Pamplona for San Fermines the first person I spoke to defined it interestingly accurate (especially after being drunk for 6 days straight). He said that this ten day celebration known for the running of the bulls every morning is just a “collection of crazy people” and after spending my 12 hours in this chaotic sleepless city I realized just how correct he was.

People come here to run next to enormous dangerous beasts or at least to get close enough to the action to see the run happen and possibly some nasty goring (myself included). Anyone interested in this has got to have a few screws loose in the head to go wild all night, take on a bull first thing in the morning, plan on defeating it, then go directly back to the club at 9am! Yep, thats what happens for ten days straight during the first week of July in Pamplona. 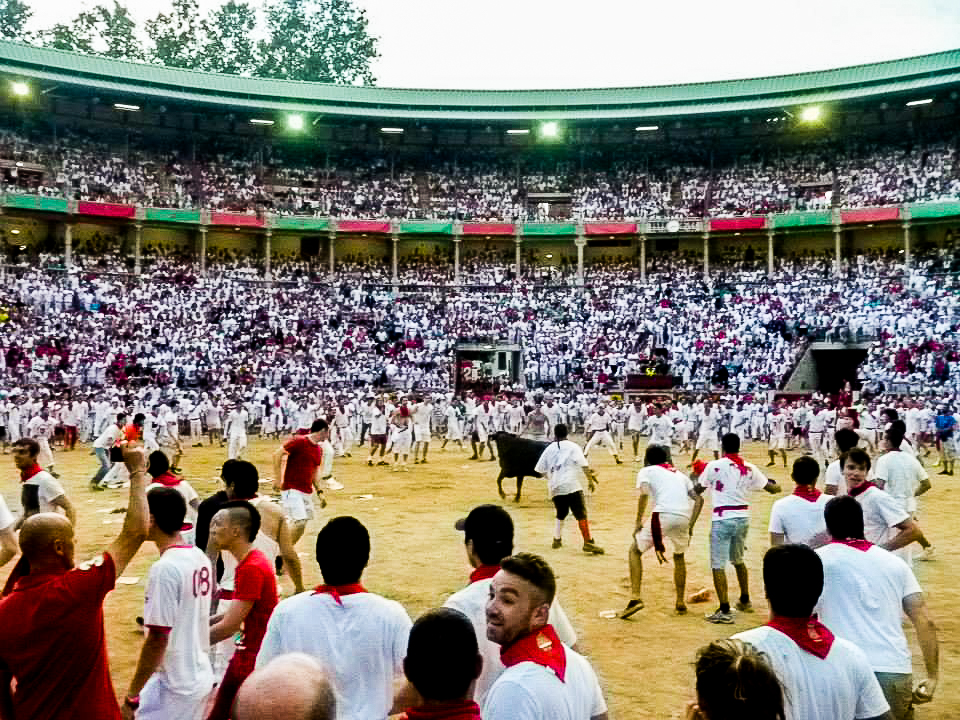 Back in the comparatively tranquil Barcelona, the summer is already seeing a ton of concerts and free events but its the little neighborhoods that put on the best shows. The old town of Barcelona used to be surrounded by little villages until the 19ce when the city expanded to encompass them but they have continued to host their traditional festivals this time of year. One of the most famous is that Gracia, already a fun place to hangout, but for a week it puts on free concerts, outdoor bars and traditional catalan festivities throughout its streets that are individually decorated like a fun house to win a prize. 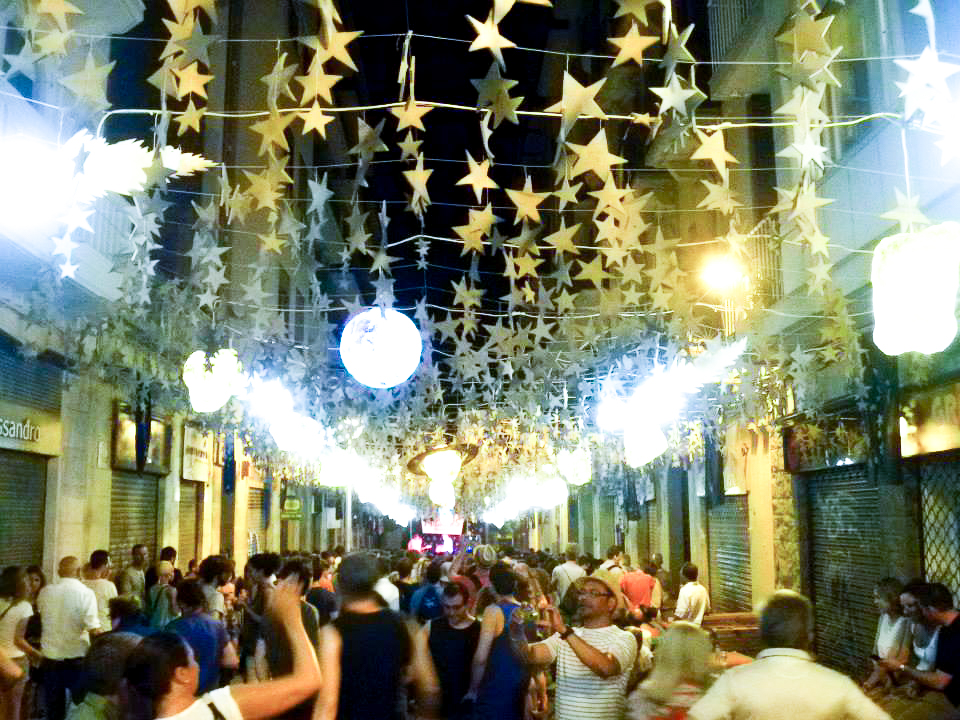 The most amazing tradition (I think) is the castell building – human towers. People stack themselves on top of one anothers shoulders as high as possible, usually 6 or 7 people high until a little kid climbs up to the top and raises one hand to signal it is complete.

This is really cool to see live since the whole thing wobbles quite a bit as people scramble on top of one another as fast as possible trying not to fall over! Then they also have single person towers in which they run through the streets on top of one another, once again with a child at the highest point!

Simultaneously, elsewhere in the city are more festivals, most of which I have no idea what they are celebrating. Such as Correfoc, which I think translates to running fire. That’s the usual danger box ticked and pretty much what I ended up doing, running from all the explosions and handheld fireworks as people ran frantically through the narrow streets dressed as the devil and being chased by a fire breathing dragon. This seems to be a regular activity for Catalan festivals since everybody there except for myself was prepared with scarves to protect themselves from the smoke and flying sparks.

August is also when most families close up their shops and go for holidays. I would have thought being the busy tourist season these famous tapas restaurants might stick around but as my unemployed Catalan roomate said “its too nice to work here” and how can you blame them for enjoying it themselves. Even the parties go on vacation! There is an awesome outdoor picnic festival every Sunday that is only on during the summer, but even they go on holiday for a weekend, probably to Ibiza or somewhere wild, because they need a holiday from the holidays!

There are plenty more festivals happening in every little town and unfortunately I won’t be able to visit them all (although I try). Some festivals are just a big food fight, like the famous Tomatina in Bunyol or another one consists of hucking oranges at one another, but the largest festival in Barcelona is yet to come.

The Festival of the Merce, near the end of September is supposed to be the most fun with non-stop events and I am sure lots of fire. I am really looking forward to seeing this one and will let you know how it goes, but I am pretty sure it is going to be crazy just like the Spaniards themselves! 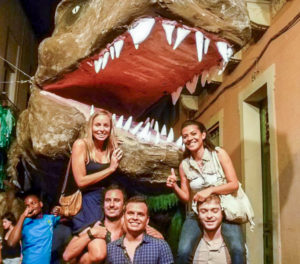