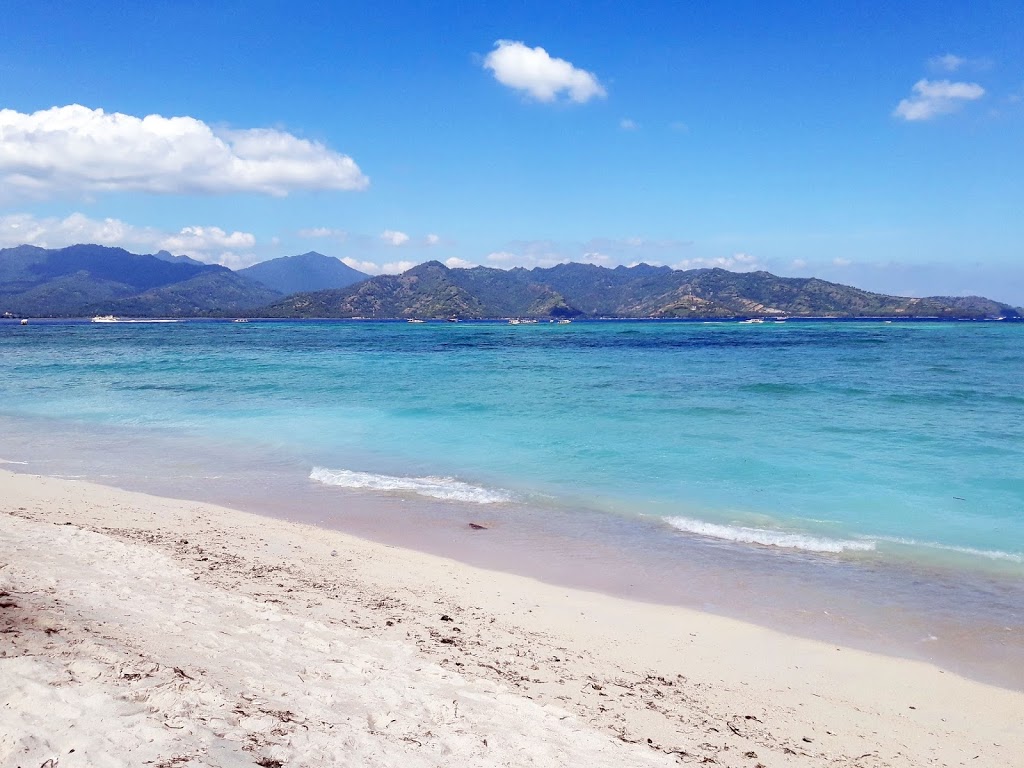 This little island really is paradise, it is so small that any direction I walk I will be at the crystal clear ocean in less than 10 minutes. The local people, food and environment are all so friendly, tasty and breathtaking, I could definitely get used to living here. 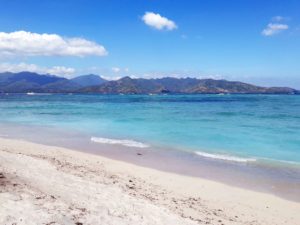 But for my first trip, I have some friends visiting, and one of wanted to go visit Komodo Island to see the largest reptile on earth and has a venomous bite…. not really my cup of tea, but I like a good adventure! Unfortunately after researching the logistics we decided to make the most of Bali instead of island hopping the whole time, as they are further apart than we realized.
Bali was amazing, (another post to come), but then I arrived on Gili Air, and I could not escape these giant lizards! I arrived here on my own after my friends left and got a little bungalow among the palm trees all to myself. Well I sure wish that my friends were still with me now! 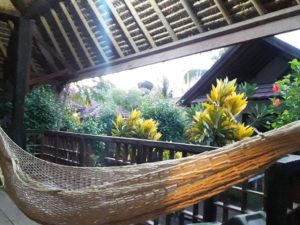 As I was walking home from the beach one day, I saw two little Indonesian boys stopped on the side of the path and saw what I thought was a statue (although I walked by this spot many times before and there was never a lizard statue), but it was so still and earthy statue coloured, and ENORMOUS that I couldn’t believe it was real. 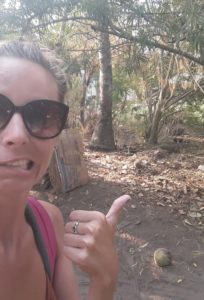 I was about 10 feet away and knew that if he wanted to eat me he could do it a lot faster than I could escape, so I asked the boys if he bites…. and they barely looked in my direction as I don’t think they wanted to take their eyes off of him, and just replied with a slow, solemn, yes. Enough said, I’m out.
We waited for him to slowly go back into the bushes before we proceeded but I was certainly shocked to see a real live komodo on this tiny island, so far from where I expected and just out in the open. He looked pretty heavy but sharp, and I don’t think I had much of a chance if he was feeling hungry. 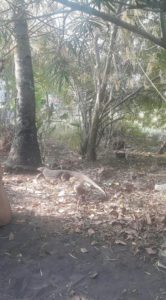 Later the same day I stepped out of my bamboo hut and took a short cut through the palm tree field where I saw two more!! They were slowly creeping around the short grass looking for chickens I hoped, but I did a U turn and went back to safety. 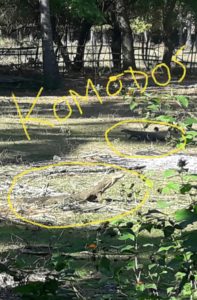 After that day, I started seeing these huge beasts everywhere! Almost everyday there would be one in the grass or walking down the street, and nobody else seemed very concerned except for me. I had been here a few times before and never even know the komodos inhabited this island, as its pretty far away from their homeland and I didnt know they could swim. Also, Gili Air is so tiny, I dont know how they would survive since there’s not much wildlife left and I would have thought they need a lot to eat to get to be that big!
My little bamboo hut didnt seem so relaxing anymore, as it is apparently in the middle of komodo town and my weaved walls don’t seem to stand a chance if he came a knocking. So after all these sightings, I was glad we didnt bother making a trip to Komodo Island!