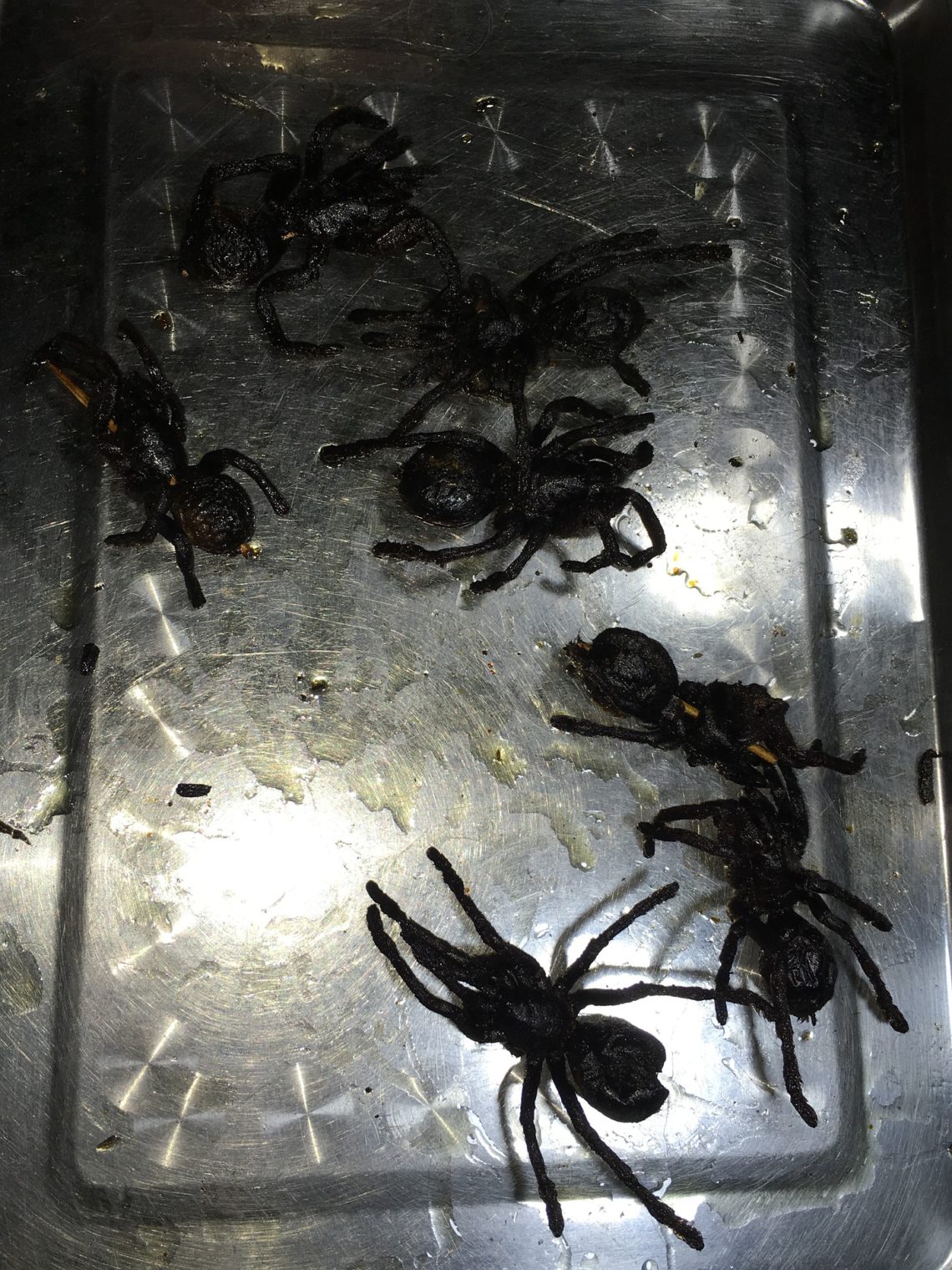 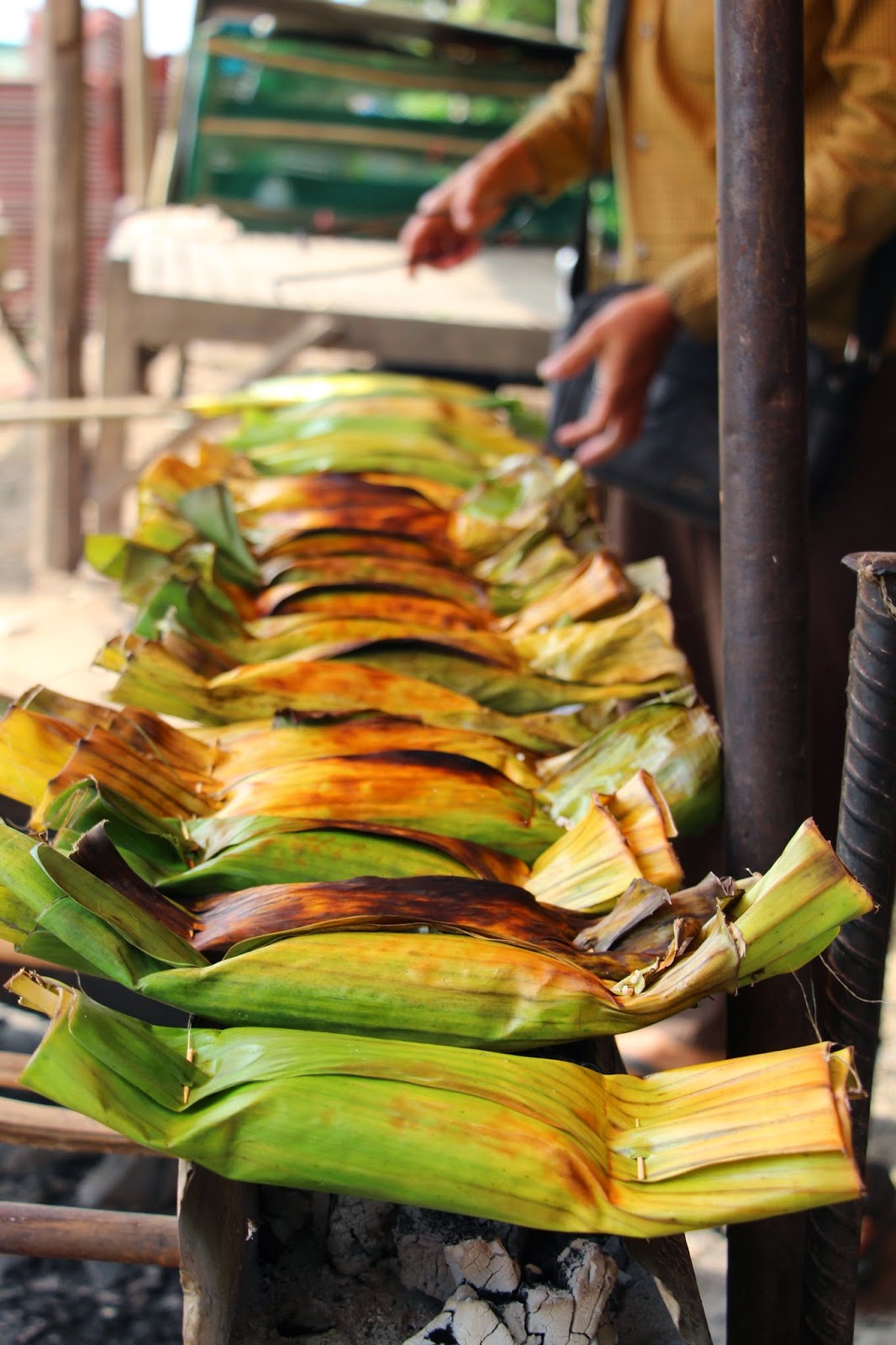 I traveled to the rural provinces of Cambodia last week with 6 nationals and 1 other international. Our trip was for work but the local people wanted top make sure that we understood the Cambodian lifestyle, especially that of the poorer population.
Every now and again we would pull over to investigate a site and grab a snack to eat, they are very proud of their exciting delicacies… like bananas cooked in rice and leaves or chicken leg salad.
Somewhere along the way we pulled off to the side for what I thought would be a nice spicy mango, one of my favourites, but as soon as I saw the piles of worms come my way on top of a lady’s head I knew I was not going to like this stop. Turns out that we stopped to try the provincial specialty of fried tarantula, of which they remove the poisonous teeth before cooking.
If you know me at all, you know there is nothing I want to be further from than eight-legged creatures. Although I was told tarantulas are not exactly spiders, since these live in the ground instead of spinning a web, I immediately locked all the doors of my vehicle.
My hosts brought over a disturbingly large basket of fried spiders, which don’t look much different than living spiders, but these are about the size of your palm.
The others ate a few commenting how delicious they were before noticing that I had locked myself in the car, not believing me that I did not want to try one. As one guy unlocked his side with one spider hanging out of his mouth and another being handed to me, I quickly opened my door and ran away screaming…. I think they finally understood that I don’t like spiders.