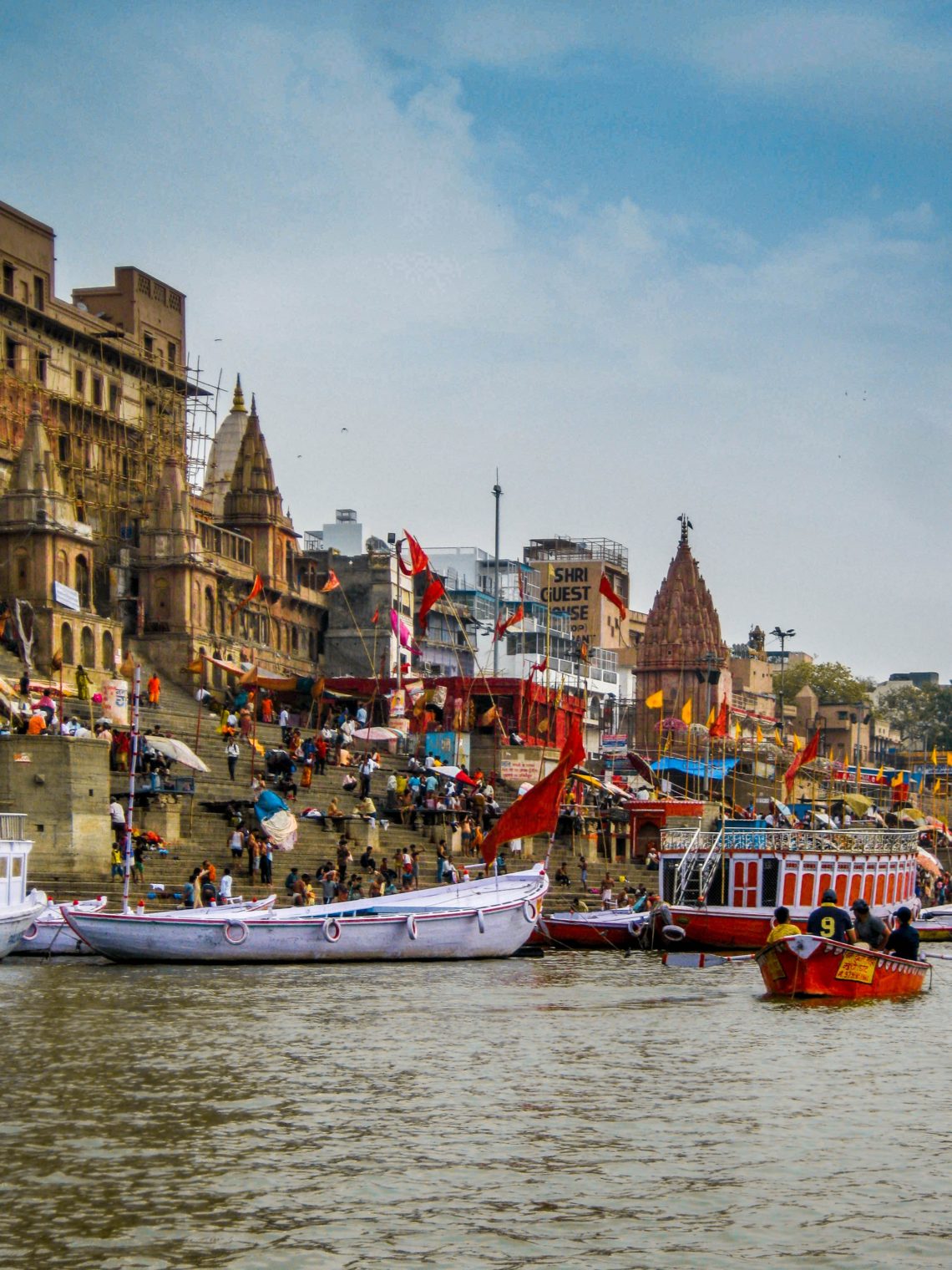 The Indian city of death. It sits along one side of the Ganges River, which serves as the stage for people’s lives – playing, working, washing and dying. People from all over India have been coming to this city to die since civilization itself began. The old town consists of twisting tiny alley streets that open up at random intervals to the “ghats” (stepped embankments) which descend to the river below, where individual fires burn the deceased 24 hours a day before throwing the ashes into the river. 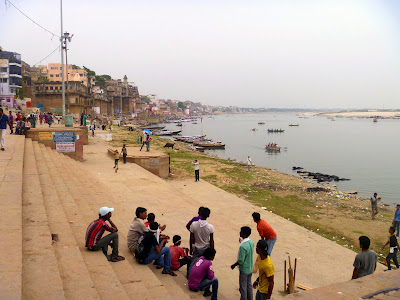 It was a little weird being surrounded by people so used to death, as dead bodies are carried to the river in wrapped stretchers and people are mourning near the fires. We talked to the people, trying to understand the rituals taking place, but we still felt like outsiders not really able relate to the different culture. The city somehow seemed to turn its back on the scared river, yet used it and polluted it with every activity. At night people took to the boats to watch the evening performance from the water, and again we were left in the dark concerning the significance. 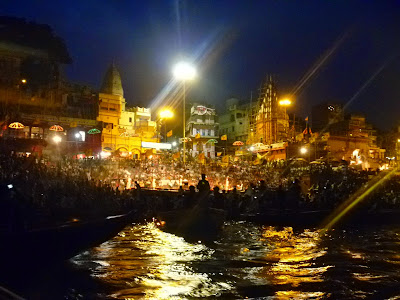 The weather matched the sombre events taking place and after meandering through the old town we explored the other temples and even a university that the small (for Indian standards) city had to offer. The university was actually quite impressive as I hadn’t yet visited a campus in India, and this one was clearly planned and full of huge old trees and student life. Varanasi is full of bicycles, so we thought it was time to try a bicycle rickshaw since they were all fighting over who would get to take us. For some reason we chose our driver based on his enormous smile instead of his physique, and realized our mistake after seeing how his decrepit cycling condition was slower than walking. 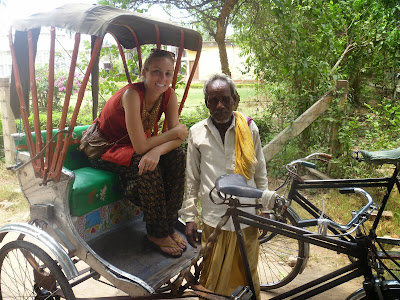 We eventually reached our destination of crowded temples, probably full of those praying for their recently burned family members, where I noticed the thriving industry based on religion. People bring gifts to the gods like flowers and treats which are bought outside the temple entrances. I began to think that having a weak and corrupt government somehow encourages religion, by causing people to pray their way out of all the problems it causes. Maybe these people would still be as religiously devout under a stronger state but perhaps their prayers would consist of less severe issues. Anyways, at least it keeps the god-gift vendor industry alive.