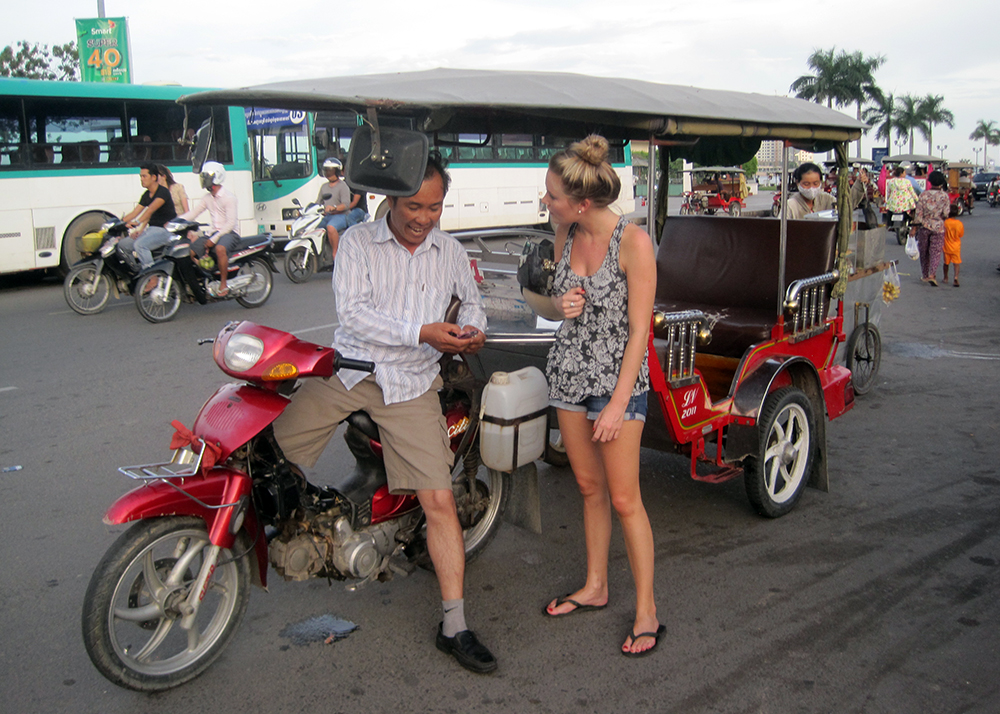 Living in Phnom Penh, I have rented a scooter to get around (it’s so much fun!), but everyone else that has a scooter has warned me about the police. Even the lady at the rental shop told me to pay them and not give any information if I am stopped. Many people say that they are stopped once a day, but I have been driving around Phnom Penh for a month…. and so far so good.
That was until yesterday, when I turned left following traffic only to be blocked by three policemen standing in the street – at least they said they were policemen, but in hindsight their uniforms were just khaki suits. The thought of making a run for it briefly crossed my mind, since I noticed that they let the others continue, only stopping me because I am a foreigner (aka they think I have money).
They pulled out a picture of no entry sign and told me it was a one way street that I entered in the wrong direction (everyone drives wherever they want here, there is no indication of one way streets, even divided highways still have both directions of traffic). This street had no traffic on it by the time I stopped, so I couldn’t tell if they were making it up or not.
Here’s how the rest of our conversation went:
Cop: You have drivers license?
Me: Ya, but at home (It was really in my purse, although knowing a Canadian license doesn’t count here, I didn’t want them to have me on file or not give it back.)
Cop: Have to pay, need money for beer
Me: Huh? I need money for beer
Cop: Pay money for beer or get ticket
Me: ughh…. (I wanted to jump on my bike and drive away but they outnumbered me, so I hummed and hawed for a few minutes, trying to figure a way out)…. How much?
Cop: ten dolla  (a beer costs 50 cents, $10/0.5 = 20 beers/3 cops  = almost 7 beers each! Thats a good night out)
Me: five dolla
Cop: No, not enough for beer
Me (searching through my purse): ok, well I only have three something, take and I go
Cop: hmmf (takes it and turns away)
So I got on my bike and drove away as controlled but as quickly as possible, turning back on to the main road I came from and ironically passing by the Anti-Corruption Unit, thinking what a joke it is and how openly absurd my first encounter with corruption was. 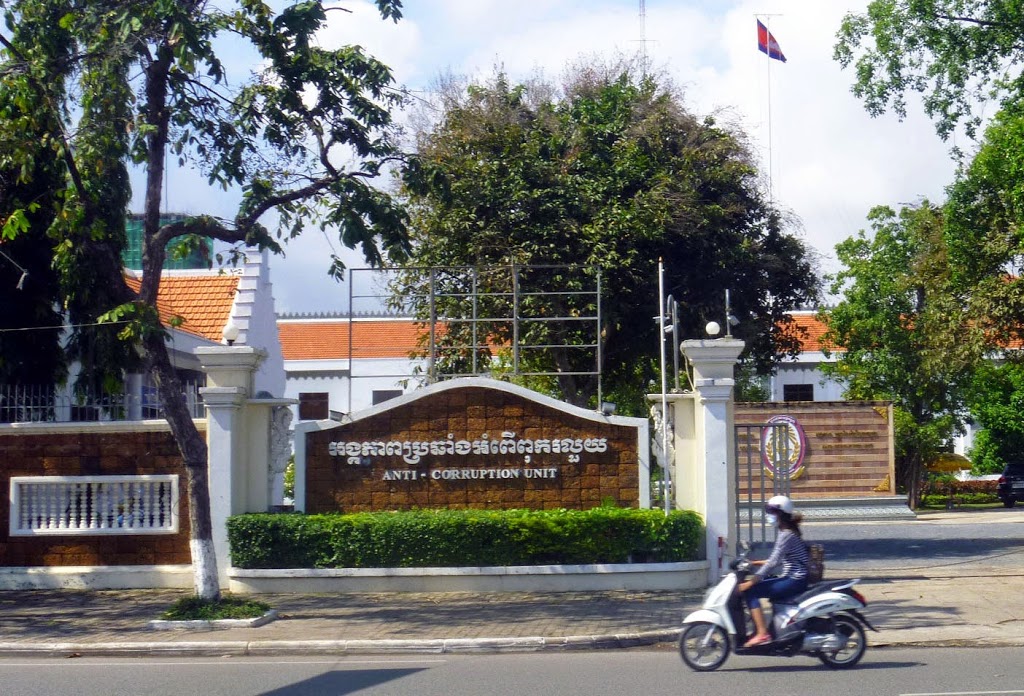 In Cambodia, anyone with a uniform usually asks a fee to do their job, mostly because their superiors are asking for a cut and civil servants or public sector jobs do not pay enough to get by. Teachers ask for money each day from children or else they will not be taught, doctors ask sick and mostly poor patients for money or they will not be treated, but it stems from their own wages being so low – about a $100 per month. It is all a little backwards here, as Cambodia is one of the most corrupt countries in the world that hasn’t changed much since the barbaric time of Angkor according to Joel Brinkley’s latest book.
I just wish that the cops would request money for real offences and for legitimate causes rather than to make me pay for their afternoon beer!
11.5448729104.8921668