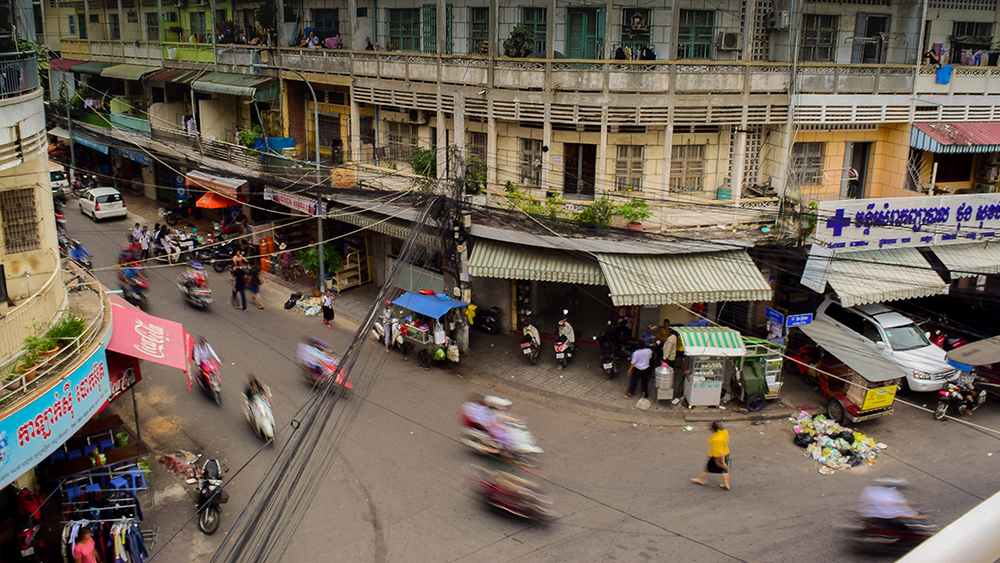 Now that I have been driving in Cambodia for a while, and actually have a commute to work (15 minutes), I know how the system works, even though it may seem that there is no system. I know how to maneuver my way to the front of the traffic light, and honk at every intersection; I even have my poncho ready under my seat for when it rains and know how much to payoff the cops. I actually find driving a little boring again (even in this chaotic system) and have figured out a few games to play to stay entertained on the road.The first “game” I play, is an activity I see in movies when a policeman is in training and all these cardboard criminals pop out that he has to shoot. This is me driving down the street and people come at me from all directions except that instead of shooting them, I have to avoid them all at the last minute without crashing. People drive frontwards and backwards, on either side of the street and at all speeds, popping out of places I didn’t know existed…. from behind coconut carts in the middle of the road, ladders on all types of vehicles and scooters with whole families swerve between SUVs. This game relies a lot on peripheral vision, but I’ve gotten pretty good!

The other game takes place during heavy traffic. Since there is rarely a stop sign or lights at any given intersection, there is no right of way and everybody just goes at once until there is a deadlock. From this point, I imagine that block game where you have to get a single coloured block from one end of a square to the other, with only one vacant space at a time. This is what happens at every intersection and in order to win the game, I have to be relentless as my objective is to be that one moving block, predicting the next opening and squeezing into the only vacant space. It really is a lose lose game for everyone as it can take an incredibly long time to get to the other side of the street! It would be faster to talk but you would have to walk on top of the vehicles since there isn’t enough space for a person in between. 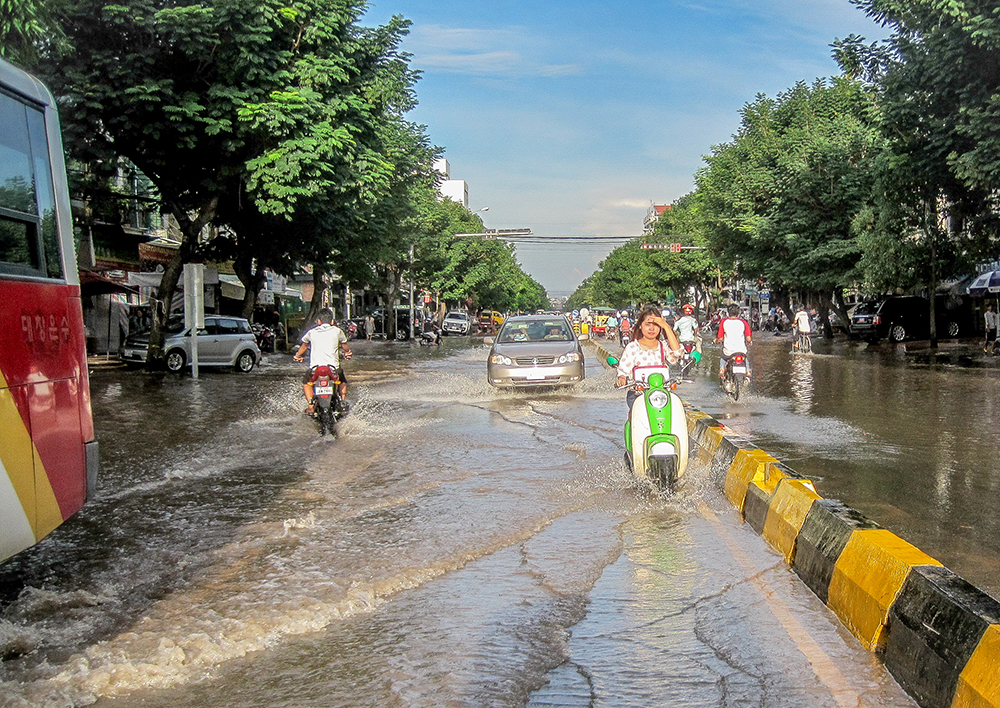 Here are a few more things that I caught going through my head while driving that I would never encounter in Canada;

1. When I get cut off by another moto driver (every 10 seconds), I get instant road rage andtry to pass him out of revenge, only to see his baby sitting on his lap – he isn’t trying to be an asshole, he is just taking is kid to school the only way he knows how and I can’t stay mad at him anymore.

2. When I turn onto a new street and all the traffic is coming at me, I think “oh no, I am going the wrong way on a one way, I hope I don’t have to bribe a cop” but then I get further away from the intersection and realize that it is actually a two way street, but the traffic was so think that they take both sides of the road.

3. When a cop walks out onto the road in front of me and wants me to pullover, and instead I speed up and try to maneuver around him, he just walks back to his chair in the shade since there’s nothing else he can do.

4. When I get to my street and there is a huge tent taking up the entire road, blocking the entrance to my house and I think “uuugghhh not another wedding”