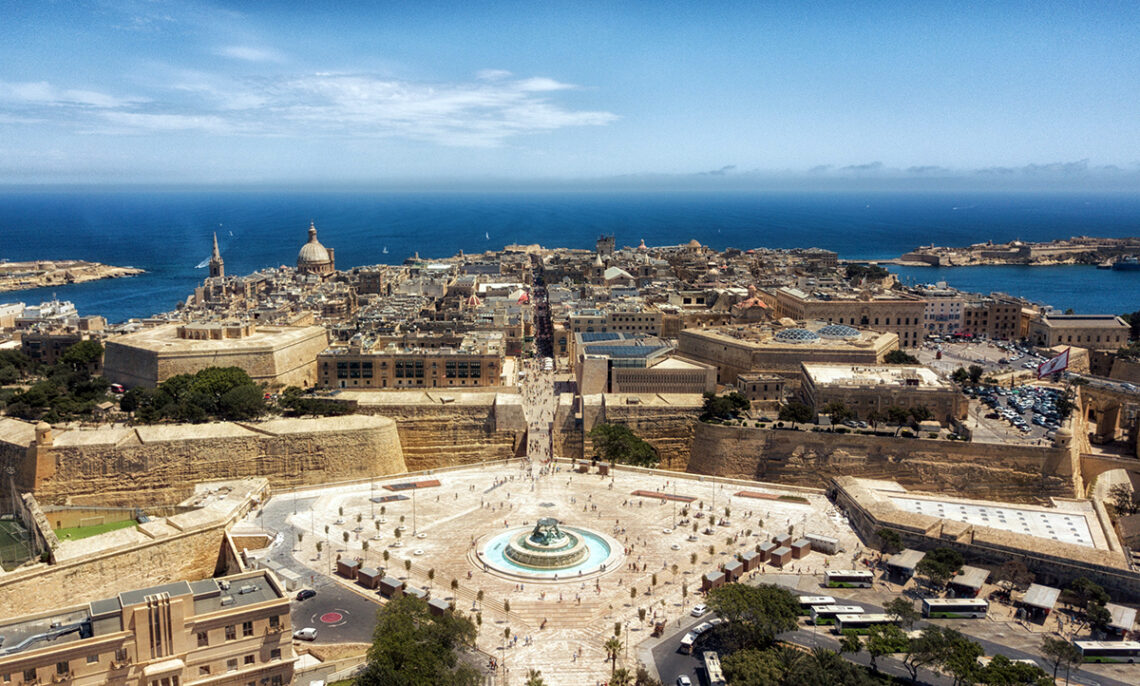 This is probably the most brief yet specific history of Malta you will find. In the style of a rhyming verse, it details all the rulers of Malta with fun notable facts.

Why write a rhyming history of Malta?

Upon moving to any new country, I always try to learn as much about the people, their culture, language and history. And Malta was no different, I dove into every Maltese history book and online article I could find, however the more I learned, the more confused I became. Nearly every power throughout Mediterranean history has left a mark on this tiny archipelago!

As the Maltese islands are smack in the middle of the Mediterranean sea, halfway between Gibraltar to Alexandria, and North Africa to Mainland Europe, meant that they were prime location for seafaring nations to invade – and most of them did. Malta is also quite small (about the size of London) so it was relatively easy for anyone passing by to take over. This has led the Maltese culture to be influenced by a huge variety of languages, religions, foods, architecture, and is why Malta is so fascinating today.

Because Malta has had so many overlords, it took me a while to research all the various kingdoms. Many of the ancient powers don’t even exist anymore, and coming from Canada my European history wasn’t so sharp.

However I was keen to make sense of the Maltese history timeline in order to first get my head around it and then be able to explain it to my friends and family who came to visit. I soon began to run walking tours, based around Maltese people and their mouth watering food. For this experience, I wanted to be able to share my the history of Malta in a brief but engaging manner. That is why I decided to jam everything I learned into a short history rhyme. It covers the origin of Malta, some fun Malta facts and every power that ruled Malta (because I find this astounding). But I also had to keep it short enough for me to memorize.

It sounds better when we are sitting on the seafront having a pastizzi and a Cisk but I hope you can still enjoy this fabulously brief history of Malta. (You might also have to read it with a Canadian accent in mind to ensure it rhymes!).

With the rise of great empires, the conquerors came,
And it was first the Phoenicians who gave Malta its name.

They called it shelter, but the Greeks called it honey,
And when they came to rule next, the bees made more money.

Either way, Melita (as it was known) was at the mercy of whomever ruled the sea,
And it was the Carthaginians who took power next in the year 480 BC.

Two hundred years later the roman empire began to expand,
And after winning the Punic wars, Malta came under their hand.

The Maltese were religious and prosperous as a free territory,
And continued as such another 400 years under byzantine glory.

It was the Arabs who came next to rule Malta as one of their bases,
Leaving their mark on the language and naming many of it’s places.

Then came count roger who took Malta with Sicily,
After which point it got passed around European royals and nobility.

Here we go now… (say this next line fast)

From the Normans to the Turks, the Genoese and Swabish – what the hell is that?!?
Then to the Angovin, the Aragonese, German princes and French aristocrat.

Malta was left to feudal lords, as inheritances and wedding gifts,
Eventually landing under Spanish rule and holy roman emperor Charles the fifth.

In 1530, he granted these islands to the Knights of Saint John,
For whose holy land in Jerusalem was all but gone.

The knights Hospitallers were meant to care for the sick,
But coming to Malta they preferred the sword and the brick.

That was until 1798 when Napoleon’s men came to the port,
And unfortunately the grand master was a Frenchman who gave his support.

However the French occupation didn’t last long,
as the Maltese rebelled and the Brits came along.

Since the year 1800, the British technically had Malta for “hire”,
Creating a maritime headquarters, and a lovely place to retire.

With so many overlords, Malta finally said no more,
gaining their independence for the very first time on Sept 21, 1964.

Independence hasn’t come easy, nor adjusting to the EU,
But nobody takes life too seriously when the water is this blue.

There you have it! A brief history of Malta in less than 2 minutes! As you can see, I now have a pretty good grasp of the history of the Maltese islands, even though my Malta language skills are still lagging. If you want to dig into various books of your own, these are a few that I really enjoyed while researching Malta;

This one covered everything from the roman empire period up to British rule, A Concise History of Malta by Carmel Cassar. A little dry but I like to know the facts. The Eight Pointed Cross by Marthese Fenech is a non fiction books set during the middle ages and the Ottoman empire, I liked it so much that I also read the sequel! The Kappillan of Malta by Nicholas Monsarrat, takes place during the second world war while under influence of the British empire in the 20th century. And finally, although this book isn’t about Malta, it is a fascinating account of European kingdoms that no longer exist, many of which have once ruled Malta. Vanished Kingdoms: The History of Half-Forgotten Europe by Norman Davies

I am still looking for modern historical books that discuss Malta independence and about when they joined the ​European union. So please let me know if you know of any! In the mean time, read more about Malta below;